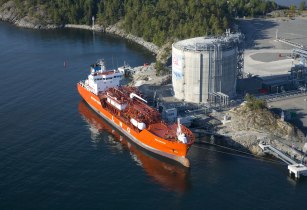 ESI Africa via TankTerminals and Engineering News reported that the R1.02bn (US$76mn) facility, which is Africa's largest open-access LPG import terminal, was launched on Tuesday 8 August. The facility is intended to boost regional energy security and increasing downstream competition, strengthening the country’s oil and gas sector.

The facility is a public–private partnership between Mining, Oil and Gas Services (Mogs) and the Industrial Development Corporation (IDC).

Engineering News reported that “Sunrise Energy is 60 per cent owned by Mogs, with the IDC holding a 31 per cent stake and another company, ilitha, holding 9 per cent. Royal Bafokeng Holdings owns 51 per cent of Mogs, with the balance being held by the Public Investment Corporation (PIC).”

Present at the inauguration was South African energy minister Mmamoloko Kubayi who commented on the importance of having a sustainable energy mix:  “The sustainability of the country’s energy supply includes a diversified energy mix. For cooking and space heating, the efficiency of LPG is unrivalled.

“Access to energy is critical to markets for economic growth. Having realised the benefits of LPG, it should be promoted on the same level as other energy sources.”

“It is part of our impact investing programme,” Botha said. He added: “We believe that meaningful economic growth can only be achieved when there is enough energy to keep it going.”

Sunrise Energy CEO Pieter Coetzee said LPG had the potential to displace 1.2GW of electricity during peak hours: “LPG could help transform South Africa’s energy space into a more favourable mix. LPG is between 20 per cent and 50 per cent more cost effective than electricity for light commercial and domestic thermal applications.”