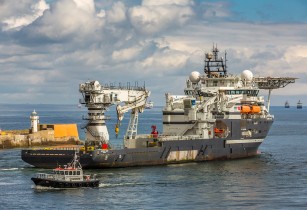 The new phase will include the design, construction and testing of enabling technologies that are the backbone of Upwing’s MDS concept for a reliable and retrievable Electric Submersible Pump (ESP).

The technical and economic viability of the MDS pump system will be determined by the detailed prototype design and validation of major MDS components.

Upwing and MHI engineers are scheduled to start work on Phase II of the project in June and complete the experimental prototype, including component testing, by May 2021.