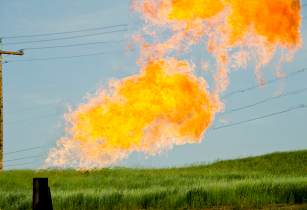 A German organisation, Friedrich- Ebert-Stiftung (FES), has launched a database to provide updates on progress in Tanzania’s oil and natural gas sector

FES was prompted to create the database after a study by a research organisation, Twaweza, found that more than 75 per cent of Tanzanians were not aware the natural gas discoveries around the country. Called the Tanzania Oil and Gas Almanac, the database will be available in English and Kiswahili, both on the Internet and in hard copy.

According to FES resident director in Tanzania, Rolf Paasch, the database will assist the country to promote transparency and accountability in the oil and gas sector. “It has been created to significantly increase the stock of information available in local contexts among extractive stakeholders including civil society organisations, government, the media and international oil companies,” he said.

Abdallah Katunzi, a lecturer at the University of Dar es Salaam and chief editor of the almanac, said that the portal will provide timely information for the general public, researchers, policy makers and the media, among other stakeholders.

Executive director of Twaweza, Aidan Eyakuze, urged operators of the portal to provide information that can be easily interpreted by readers. “It will play a crucial role for people to obtain information but I urge those operating to ensure they post useful and high quality data,” he said.

Information in the database has been drawn from publicly available sources.

Tanzania has already discovered more than 55 trillion cubic feet of natural gas and exploration is ongoing in both offshore and onshore sites.