Oil industry can save US$100bn with technological innovations 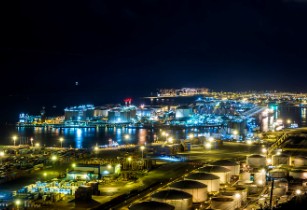 In 2018, US$1 trillion was spent on operational expenditures, wells, facilities and subsea capital expenditures across more than 3,000 companies in the upstream space.

The firm stated that around 10 per cent of this spend can be erased through more efficient and productive operations thanks to automation and digitalisation.

The oil market downturn has given upstream operators and service providers a strong incentive to adapt and become more efficient or be forced to close down shop, according to Rystad.

A race among suppliers is currently underway as companies roll-out new digital products; the last three months alone have seen major releases by Schlumberger, Baker Hughes and TechnipFMC. One of the largest digitalisation initiatives to date was recently launched on 17 September 2019, the result of a collaboration by Schlumberger, Chevron and Microsoft. This ambitious project aims to visualise, interpret and ultimately obtain meaningful insights from multiple data sources across exploration, development, and production and midstream sectors.

Another driver of digitalisation is that data storage and processing have become significantly cheaper, and the increased connectivity through the so-called “Internet of Things” has allowed more data to be efficiently digested.

Nonetheless, the digital systems of an offshore platform can have around 5,000 to 15,000 sensors, and connecting this myriad of data points is not a straight forward process. Given the complexity of digitalisation efforts, it is likely that investments will be primarily aimed at new greenfield projects, while ageing producing assets will not be a priority.