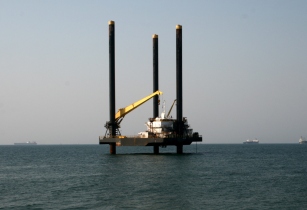 The two businesses are part of Vinci Energies, one of the world’s leading providers of services for energy transition and digital transformation. Under the multi-year agreement, Actemium will continue the offshore maintenance of the Girassol Floating Production Storage and Offloading Unit (FPSO) at Block 17 in Angola. In addition, Actemium will also start maintenance activities on Dalia FPSO. Amongst the agreed maintenance services are electricity and instrumentation (E&I), heating, ventilation & air conditioning (HVAC) technology, nechanics, and control systems.

“The continuation of our long-term relationship with Total E&P Angola is a testimony of Actemium’s success at Block 17, especially as Total E&P has indeed expanded the scope of the contract”, Jimmy Neron, Commercial Director at VINCI Energies Oil & Gas said.

The new contract with Total E&P Angola will see Actemium running maintenance activities for a total of four FPSOs in Angola, after BP Angola’s awarding of a contract to Actemium in 2016 to deliver onshore and offshore maintenance support services to Blocks 18 and 31.

“This new contract with Total E&P Angola truly consolidates our position in the industry of services to sub-Saharan oil operators, particularly in Angola”, added Jimmy Neron.