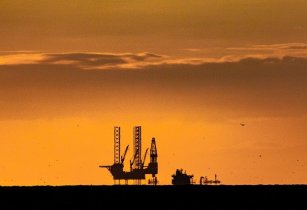 The Association of Contracting Companies of the Oil Industry of Angola (AECIPA) is bringing together local and international players of the industry to share ideas, expertise and experiences for growth opportunities, a move that is set to develop Angola's oil and gas industry

In recognition of the importance of the oil and gas industry and the recently announced Presidential Decree; AECIPA has set the stage, and launching Angola Energy Month to take place during December 2020. It will feature a series of webinars culminating in the three days virtual Angola Oil and Gas Services and Technology Conference from 15-17 December.

Speaking in an interview with our energy advance Africa Correspondent Ndubuisi Micheal Obineme, the president of AECIPA, Dr Bráulio Brito, said that the oil and gas industry is the backbone of Angola's economy and its main source of foreign revenue. And there is a massive contribution from the service companies, by way of the number of people employed or jobs created, technology transferred to the country.

With this development, Dr Bráulio noted, “We felt there is a need, a continuous need, to bring local and international players of the industry together to share ideas, experiences, lessons learnt, advise, as to have Angola continue to develop this industry and subsequently support further the government's economic programs, which will ultimately be reflected in greater social and economic prosperity, leading thus Angola to grow independent of the oil and gas industry.”

The Angola Oil and Gas Services and Technology Conference (AOTC) is accessible for all participants with an interest in Angola's oil and gas industry - with speakers drawn from industry leaders and global experts.

AECIPA is in fact, Angola's oil, and gas industry major interlocutor when it comes to discussing industry's matters with the country's stakeholders. AECIPA is responsible for ensuring stability and coordination within the industry.