Rystad Energy: Costs within the upstream sector comes down in 2021 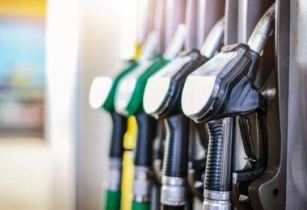 Rystad Energy’s annual cost of supply analysis has revealed that costs within the upstream sector have come down considerably in 2021, making new oil more competitive and significantly cheaper to produce

The average breakeven price for new oil projects has dropped to around US$47 per barrel – down around 8% over the past year and 40% since 2014, with offshore deepwater remaining one of the least expensive sources of new supply.

Espen Erlingsen, head of upstream research at Rystad Energy, said, “Our cost of supply curve for liquids indicates that back in 2014, an oil price of close to US$100 per barrel was required to produce 100 million barrels per day (bpd) in 2030. By 2018, the required oil price was closer to US$55 per barrel, and in 2020, it dropped to US$45 per barrel. Our latest estimate remains unchanged this year at US$45 per barrel for 100 million bpd of production in 2030.”

“We maintain the required oil price to produce 100 million bpd in 2030 unchanged, despite the declining average breakeven price of new oil projects, because the potential supply for 2030 has decreased since last year due to delays in sanctioning activity and conservative shale producers.”

“In 2014, we estimated that the total 2030 liquid potential was 104 million bpd, while in 2018, this jumped considerably to 135 million bpd mainly driven by increased potential volumes from North American tight oil. However, low activity levels in 2020 and 2021, due to the Covid-19 pandemic and a general focus on the energy transition, led to a downward adjustment in the overall liquid potential. In 2020, the potential 2030 supply was revised down to about 116 million bpd, and in 2021 we revised it further to about 113 million bpd.

“As the theoretical supply in 2030 exceeds the demand trajectory by more than 10 million bpd, climate policies should be more demand-focused rather than supply-focused. Supply cuts enacted within one country will largely be countered by supply increases from other countries, while demand cuts are not met with new sources of demand,” Erlingsen commented.