Uganda’s sizeable reserves, enabling regulation and proactive national oil company is positioning the country as a regional hydrocarbon leader, and African Energy Week in Cape Town is set to promote it from 9-12 November 2021 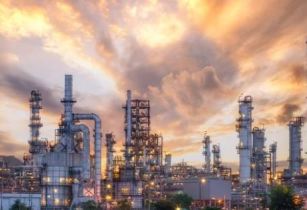 In a recent working visit to Uganda, the African Energy Chamber (AEC) emphasised the role that AEW 2021 will play in showcasing the country’s energy progress, placing Uganda as a top priority at Africa’s premier energy event in order to drive associated dealmaking.

Despite representing a relatively new hydrocarbon sector, Uganda – with its 6.5 billion barrels of proven crude oil reserves and 0.5 trillion cu/f of natural gas – has made significant progress in establishing a competitive oil and gas industry.

Uganda boasts participation by some of the world’s leading International Oil Companies (IOC). Since 2004, Tullow Oil has played a pivotal role in developing Uganda’s oil and gas sector, with significant discoveries made in the Lake Albert Rift Basin in 2006 and 2009. Similarly, Heritage Oil Plc has been a major contributor of Uganda’s industry success through discoveries such as the 600-million-barrel drilling campaign in the Albert Basin and the Kingfisher Well in 2008.

The companies have been instrumental in opening up several basins in the country, accelerating associated developments and establishing a competitive sector. In 2020, Tullow sold its assets to Total, which, in collaboration with China’s CNOOC, has been driving growth across the entire value chain.

Although the participation of IOCs have been valuable in expanding Uganda’s sector, it is the active participation of the UNOC that has positioned the country as a regional competitor. Notably, the UNOC, whose overall function is to manage the government’s commercial interests in the petroleum sector and ensure resources are exploited in a sustainable manner, has played a significant role in driving progress. Even throughout the COVID-19 pandemic, whereby price and operational impacts hindered progress, the UNOC has not only managed to sustain operations, but excel.

Uganda’s pragmatic, steadfast and progressive leadership, in conjunction with its commendable regulatory environment, has elevated the country to hydrocarbon success. By promoting the role of women, local companies, and enabling regulation at AEW 2021, as well as showcasing the abundant opportunities present in the sector, Uganda will drive investment and regional collaboration, further positioning the country as one of Africa’s top energy destinations.