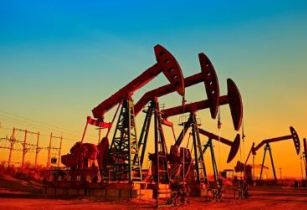 The second Angola Oil and Gas Service and Technology Conference (AOTC), which will be hosted in Luanda from 23-25 November, is set to be even bigger with more than 500 senior oil and gas executives expected to participate in the event and the webinars leading up to the conference

The AOTC, which forms part of the highly regarded Angola Energy Series, was started last year by the Angolan Oil & Gas Service Companies Association (AECIPA) and will again be hosted in partnership with international events organiser GEP.

This year’s event is promised to have an even higher level of engagement as the event will be a hybrid mix of physical and virtual formats. The conference has again been endorsed by the Angolan Ministry of Mineral Resources and Petroleum and will feature a host of high profile government and industry expert speakers from the oil and gas industry and other private sectors.

Bráulio de Brito, president, AECIPA and chairman of AOTC, urges interested parties to attend saying, “AOTC is a fantastic platform to bring the Angolan oil, gas and energy community together. With the past and current climate, it is hugely important for professionals at all levels and society as a whole, to get together to discuss the key topics which have impacted our market, past, present and future.”

Delegates can expect to hear from high profile speakers like Angola’s secretary of state for oil and gas HE José Barroso, who will provide the keynote address. Other speakers to watch out for include, Eng. Bráulio de Brito, president, Angola Oil & Gas Service Companies Association (AECIPA);  Ibrahima Amunu, business development director of Invest Africa;  Ranti Omole, executive chairman of Radial Circle and vice-chairman of the Petroleum Technology Association of Nigeria (PETAN)  as well as, Dr Rúben Eiras the Coordinator for Blue Economy Entrepreneurship, Investment, Innovation and Financing – the  Fórum Oceano – Associação da Economia do Mar from the Republic of Portugal and Dra Filipa Santos, country manager Angola, TechnipFMC.

AOTC 2020 was a success with some 50 speakers engaging with an audience of more than 1,250 delegates from 43 countries across the globe. In addition, over 300 video meetings were held between delegates and more than 5,000 messages were exchanged via the event platform – and with this year’s event offering the benefit of in-person engagement the conference is expected to be one of the strongest information, technology and data sharing events of the year.

The organises stated that the delegates needn’t worry as the event has taken all the necessary health and safety precautions to ensure the conference is Covid-19 complaint. For regions still operating under stricter travel restrictions, the event will again be available for virtual participation via the energy advance platform.

De Brito said, “In terms of the event itself we are also responding to participants and audience members feedback and suggestions from last year’s event.  We have increased not only the opportunities to engage with the speakers and presenters before the event, but we've also  implemented interactive workshops and of course, we're promoting B-2-B meetings, which will allow all participants to interact one-on-one, on a very straightforward basis.”

The conference will also use the exciting, easy to use business matching platform. De Brito explains how delegates will have the opportunity to also conduct one-one meetings with fellow participants saying, “AOTC is all about making connections.  For those attending the physical event, these one-one meetings will be conducted via the business matching platform, which works through a very user-friendly technology setting, combined with personalised service for the one-on-one meetings or contacts. You will be able to see suggested ‘matches’ based on your interests and request meetings with contacts as needed and at your preferred times. Virtual participants will also be able to use the business matching service,  with the option of video and chat with connections, during the conference and in fact, throughout the subsequent 12 months."