The Congo International Energy Summit and Exhibition 2022, organised by Energy Capital & Power, will be held from 15-17 June 2022, under the patronage of HE Denis Sassou Nguesso and the Ministry of Hydrocarbons 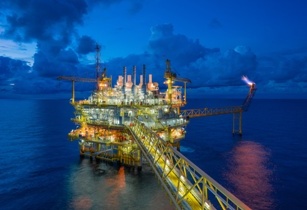 The event will showcase partnership and investment opportunities in hydrocarbon exploration across the continent. (Image source: Adobe Stock)

It will represent the first-of-its-kind international energy event held in Congo-Brazzaville. Sub-Saharan Africa’s third-largest producer is seeking to reassert its oil, gas and power industries through an influx of foreign direct investment and heightened regional energy diplomacy. As global investors turn an eye to green energy investments, the African continent is undertaking an ambitious drive to harness and monetise its vast natural gas reserves, with gas-rich countries like the Republic of the Congo set to become a major regional gas player and exporter.

The event is set to position the country as a key driver of the Central and West African energy narrative. The summit will introduce investors to the post-COVID-19 energy transition-landscape of one of Africa’s most mature markets, while opening up broader discussions on the role of regional and international players in facilitating investment and maximising African gas plays.

The event will showcase partnership and investment opportunities in hydrocarbon exploration, gas monetisation, green energy and downstream industries across the continent, with a focus on the Republic of the Congo as a key energy investment destination across oil, gas and power sectors.

Representing Africa’s third largest oil producer – with reserves estimated at 2.9 billion barrels and output at 336,000 barrels per day (bpd) – the Republic of the Congo boasts the active participation of some of the world’s top oil and gas companies. Notable operators in the country include TotalEnergies E&P, recognised as the largest producer in the country with an estimated 200,000 bpd output. With participating interests in four offshore fields – including Moho-Bilondo; Nkossa/Nsoko; Sendji; and Yanga – the company is a key contributor to the country’s hydrocarbon success.

Additionally, Italian multinational player Eni has been active in the country since 1968 in the exploration and production, refining, marketing and chemicals sectors. The company produces in over ten oilfields including Nené Marine and Litchendjili, Ikalou, Awa Paloukou, M’Boundi, and Kouakouala, to name a few. Meanwhile, Perenco, one of the newest operators to enter the market, operates the Yombo, Masseko, Likoula, Emeraude and PGNF South fields, producing on average 75,000 bpd.

“The Republic of the Congo and the President have championed the energy sector for years and we are honored to work with this country and all stakeholders to drive investments into Congo’s energy sector,” stated Kelly-Ann Mealia, chairperson, ECP. “This investment and dealmaking push comes at a critical time in the country’s energy sector development. The event is the official platform to communicate the direction in which the country and its leading companies are headed ­– in particular, attracting investment to continue exploration and increased production of hydrocarbons, advance domestic and regional gas monetization and facilitate a continent-wide energy transition,” added Mealia.

In addition to upstream exploration, the African continent is undertaking an ambitious drive to monetise its vast natural gas resources, meeting domestic supply of gas to power to fulfill Africa’s electrification objectives while meeting global decarbonisation demands. Harnessing Africa’s natural gas and meeting the domestic supply of gas-to-power to is important to support industrialisation throughout the continent. Last November, the Republic of the Congo launched its Integrated Natural Gas Master Plan (GMP) at African Energy Week 2021 in Cape Town, establishing a framework to incentivise and promote the exploitation and development of the country’s 284 billion cubic feet of gas reserves.

The Republic of the Congo also serves as a leader in regional energy diplomacy, having joined the Organization of Petroleum Exporting Countries (OPEC) in 2018 and serving as the headquarters of the African Petroleum Producers Organization (APPO). Last September, OPEC Secretary General Mohammad Barkindo applauded the Congo’s renewed efforts to promote its energy industry during an official visit to Congo-Brazzaville and reaffirmed his endorsement of H.E. Bruno Jean-Richard Itoua, Minister of Hydrocarbons as President of OPEC for 2022.