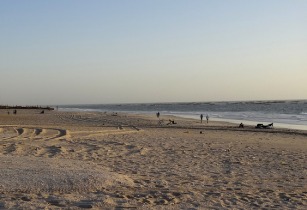 This was the message at a networking and information event hosted this week in London by the Mauritanian British Business Council (MBBC), with plans afoot for a trade mission this year.

After the introduction, attendees were briefed on Mauritania's economy, political situation and geography.

Iron ore extraction is currently the country's biggest industry, making up 46 per cent of total exports, but this may change if hydrocarbons are successfully exploited. As well as iron ore, Mauritania's other major extractive industry sectors are gold and copper. The Tasiast gold mine is in the second phase of an expansion project which will take production from 12,000 tons per day to 30,000 tons per day. But development of the Askat iron ore prospect is on hold until there is an upturn in commodity prices.

This is where hydrocarbons development could take over from iron ore.

BP, ExxonMobil, Petronas, Sonatrach, Total and Tullow are the major players in Mauritania's nascent hydrocarbons industry with big plans for gas production in particular to go online by 2021.

The Chingetti field, which was operated by Petronas, was productive from 2006 until 2017 but the geology proved too challenging and the field is now in the process of being decommissioned.

However, the 15tcf Tortue field, discovered in 2015 by BP and Kosmos, is looking more promising with extensive seismic survey work being undertaken by multiple license-holders.

Total has three blocks and is looking to start drilling at the end of 2018 following encouraging seismic survey results. ExxonMobil is still undertaking seismic work with no immediate plans to drill.

Gas rather than oil is the big focus of Mauritania's hydrocarbon prospectors with plans for a FPSO to be built by KBR, with McDermott and Baker Hughes winning contracts for front-end development.

The plan is for an FPSO to be developed as well as a moored production site, and for gas to be used to meet Mauritania's energy needs. Investment opportunities along the whole value chain are expected to arise for businesses in Britain and beyond.

It is also hoped that oil and gas development will boost the fisheries industry, as was the case with parallel development in the North Sea, which is an area where Britain should be able to lend expertise as well as investment.

While Mauritania is 90 per cent desert, the agricultural industry focuses on meat and milk. However, as is the case with the fishing industry, more processing facilities and improved access to energy via the country's gas reserves are required for Mauritanian agriculture to move to the next level.