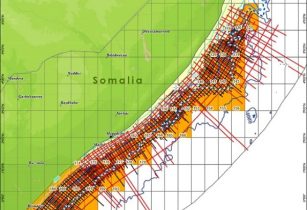 Somalia’s first offshore hydrocarbon licensing round was officially launched, on 7 February 2019, at a conference held at the Claridge Hotel in London, UK

The deputy speaker of the People’s House, Abdiwali Sheik Ibrahim Muudeey, and the minister of Petroleum and Mineral Resources, Abdirashid Mohamed Ahmed, welcomed delegates and introduced industry experts who outlined the terms.

A total of 15 offshore blocks were unveiled at the event, covering an area of up to 5,000 sq km and spanning much of the SE coastline. Interested parties were asked to submit their bids by November 2019.

Following a cooperation agreement with the Federal Government of Somalia, Spectrum has completed the acquisition and processing of 20,185 km of 2D long-offset seismic data. This programme complements 20,500 km of existing seismic data acquired in 2014.

In the last decade, several major gas discoveries have been made in East Africa. Up to 200 tcf of gas, equivalent to more than 30bn bbl of oil reserves, have been discovered in Mozambique and Tanzania in recent years.

These huge discoveries are being queued up for development and are seeking an export market. The new seismic data offshore Somalia has revealed what was previously missing from the East African margin, the potential for oil.