As the oil prices, and especially WTI, rose on Thursday as a result of the promised Saudi production cuts, falling crude inventories and political turmoil in the USA, Rystad Energy’s head of oil markets Bjornar Tonhaugen has analysed the scenario 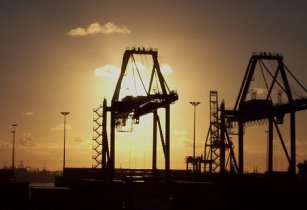 The new year has really started with a bang for bullish traders as oil prices continue to grow on the back of Saudi Arabia’s promised production cuts, falling crude inventories in the US, and the latest political turmoil in the Capitol

Most importantly, and something that the market can tangibly trade on, Saudi Arabia’s decision to cut output from February by a massive one mmbbl per day is changing the global balances significantly already from the Q1, swapping previously forecasted surpluses to deficits.

Saudi Arabia’s move has single-handedly lifted the oil market since Tuesday, but it also helped the country itself lift its selling prices.

The Saudis are taking advantage of their deeper cuts in February to raise their official selling prices for February loadings, raising them by more than the market expected prior to the announcement of the surprise supply cut.

Moreover, the lack of Saudi shipments is helping US crude storage levels drop, with a further decline in inventories expected going forward.

Amid the Saudi price cushion firmly offered to the competition, the industry is well placed for renewed growth from 2021. We would not be surprised to see the US shale machine churning out higher output in 2021 than most expect, even the Saudis.

For more stability to come to the market the support to prices must not be artificial through supply cuts, but rather demand based, and that is likely to start happening form the second quarter of 2021 with the recovery cementing itself in the year’s second half.