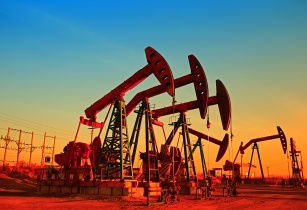 The programme will comprise two drill rigs with the first rig (B21) spudding Korhaan-4 and doing a percussion/air-drilled well. (Image source: Adobe Stock)

The Company has been in the process of negotiations with a number of drilling and related contractors in both South Africa and Botswana and has completed an engagement with Torque Africa Exploration who has the largest fleet of drilling rigs in the sub-continent and vast expertise in the drilling required on the Korhaan project. The upcoming three-well drilling programme to be drilled within 400 metres of KKO’s proposed gas collection terminal at Amersfoort where access and infrastructure is being established, focusing on developing new gas discoveries and potentially creating a five well pilot production cluster.

The three new wells named Korhaan-3, Korhaan-4 and Korhaan-5 are estimated to reach a depth of up to 450m to test the gassy sandstones and coal bed methane (“CBM”) horizons from the known coal beds that were intersected and observed to be gassy from adjacent (400m away) flow tested gas wells KA 03PT2 and KA 03 PTR (now known as Korhaan-1 and Korhaan-2).

The programme will comprise two drill rigs with the first rig (B21) spudding Korhaan-4 imminently and doing a percussion/air-drilled well. The second rig (B16) will spud Korhaan-3 two weeks later and drill with a rotary mud system through the 300m production interval. Rig B21 will then drill Korhaan-5 using percussion/air once more, expecting all drilling activities to be completed by early December. All three wells will be flow tested after logging. The Company intends early in 2022 to return and case, cement and perforate each well in order to maximise gas production while minimising or negating water ingress.

Aircraft have been confirmed to commence flying 13,479 line kilometre survey covering 564km2 over selected portions of ER 270 and ER 272 which form the most Southern and Northern extensions of the Company’s exploration rights. The Company has contracted Xcalibur Airborne Geophysics (Pty) Ltd, whom it has used successfully for all its previous airborne surveys, and anticipates the results from the survey to be available later next month and will assist targeting areas for well tests and further pilot production fields.