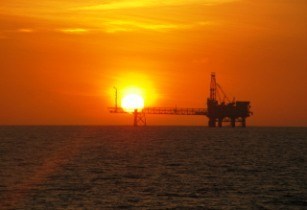 The seismic data was acquired by BGP International, using M/V BGP Pioneer. The vessel acquired 684 line km of 2D seismic data plus ship borne gravity and magnetic data within block 2113A. The survey was acquired with a single 9 km cable towed 8 m below the sea surface and acquisition was completed in March 2015. Parallel Geoscience processed the 2D seismic data in April and May 2015, after which ION Geophysical was contracted to perform the 2D seismic interpretation.

Nabirm said that the objective of the seismic interpretation was to identify key depositional features, structural features and anomalous reflection packages. The most significant surface within the dataset is a strong reflector at the top of a thick succession of low frequency reflectors.

Using data from ION Geophysical’s NamibiaSPAN 2D offshore survey, which had also been completed by M/V BGP Pioneer earlier this year, these horizons were correlated into block 2113A. In addition to these regional horizons, local surfaces were identified from the PEL 58 2D seismic survey exploration grid.

Nabirm is currently offering block 2113A for farm-out. It was awarded petroleum exploration licence 0058, which included block 2113A, in July 2013. NAMCOR, with 10 per cent stake, is Nabirm’s partner on block 2113A.